What is GPU? What is the difference between GPU and CPU?

What is GPU? What is the difference between GPU and CPU? 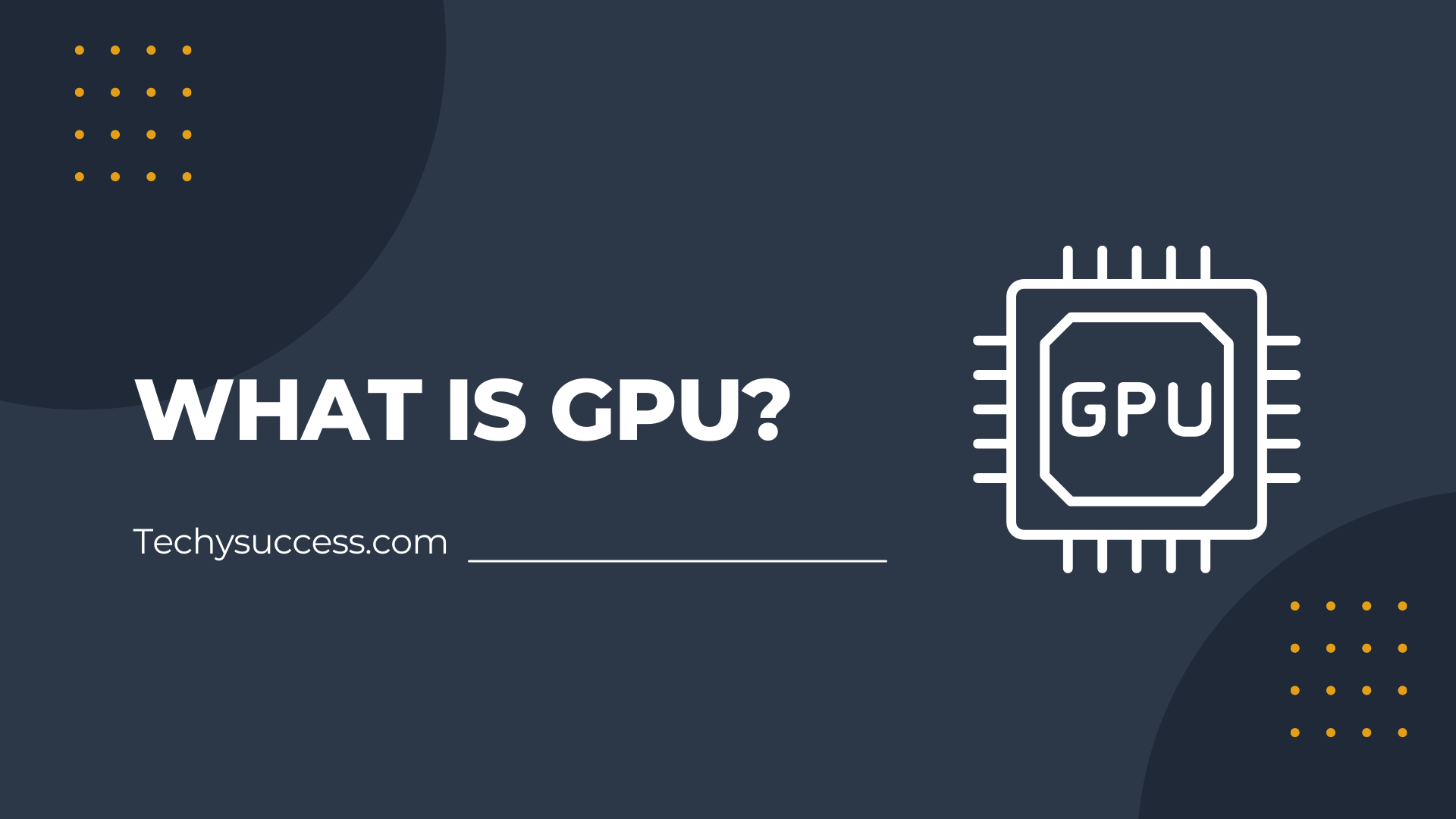 Today almost all people across the country are using computers. Computer is made with many parts like monitor in which we see our computer screen, keyboard using which we can write anything in computer, mouse with the help of which we move around on our computer screen and select icon. The CPU, which is called the brain of the computer.

Nowadays a new type of processor is also being used in computers and mobile phones, which makes the performance of your computer and mobile much better than before. The name of this new processor is GPU. Many people must have heard the name of GPU and those who have not heard it, they will be able to know about it from this article today. Today I am going to tell you about what is GPU and what is the difference between CPU and GPU.

The full form of GPU is "Graphics Processing Unit". Computer Graphics are actually called pictures and movies made by computer. Whatever images or visuals we see in the screen of our computer and mobile are called graphics.

The GPU is a co-processor that does the graphical calculations which the CPU used to do earlier, due to the introduction of graphics-rich applications in the market, there was a lot of burden on the CPU to do fast processing in computers and mobiles, hence reducing this burden. The GPU was built to do this.

What is the function of GPU?

The job of the graphics processing unit is to render images, which means that the GPU renders the images on the computer's screen much faster than the CPU because of the parallel processing technique used in it, due to which the GPU performs a lot of graphical calculations. It is able to do it faster in the same time, due to which the quality of the image and video increases.

In the same way, if we talk about mobile phones, then whatever applications or programs run in the mobile, the processor manages and whatever is visible on the display such as animations, videos, images and games, all these are handled by the GPU.

What is the difference between GPU and CPU?

It is a general purposed processor which can do all kinds of work like you do some mathematical calculations in it, either do the work of Word and Excel or listen to movies and songs or browse something on the internet whatever you want. You do it, that processor does all the work.

But the GPU that is there is a specific purposed processor that only handles the graphics of your computer and mobile. All the visuals seen on mobile and computer are handled by GPU only, CPU work is very less in this task.

GPU is used in two ways, one is integrated, that is, it remains a part of your processor which handles graphics, as if you have Intel's processor installed in your computer, then there you will get Intel's HD graphics are visible.

The method of using the second GPU is dedicated, which are only for laptops and computers because it is installed separately. You must have often seen this thing that people who go to the shop to buy a new laptop or computer, then ask about the graphics card and if the graphics card is not integrated in the laptop, then they buy a separate card and install it in their computer. Like AMD, Intel and ARM.

GPU is more needed for gaming purpose because high graphics or 3D animation is used in gaming. People who are more fond of playing games, they use dedicated GPU on their laptop or computer. So the performance of gaming becomes good because of the GPU, while the CPU cannot do this at all.

If we talk about video rendering or image processing, then there is serial processing in the architecture of the CPU and parallel processing in the GPU and both of them have many cores, for example, like Intel i7 core processor, it has These cores are like small blocks.

The GPU has a parallel core, due to which it does the work of image processing much faster than the CPU and we get to see the very best quality of images in the computer.
TechySuccess.com is Provide All Information About Blogging, Coding, Apps Review, Latest Technology and Much More.

Why my phone is overheating and how to solve this problem ?

Sorry, We detected Ad-Blocker.
Please Disable your Ad-Blocker and Refresh the Page.
Thank you :)