What is Anti Lock Braking System (ABS) and How It Works 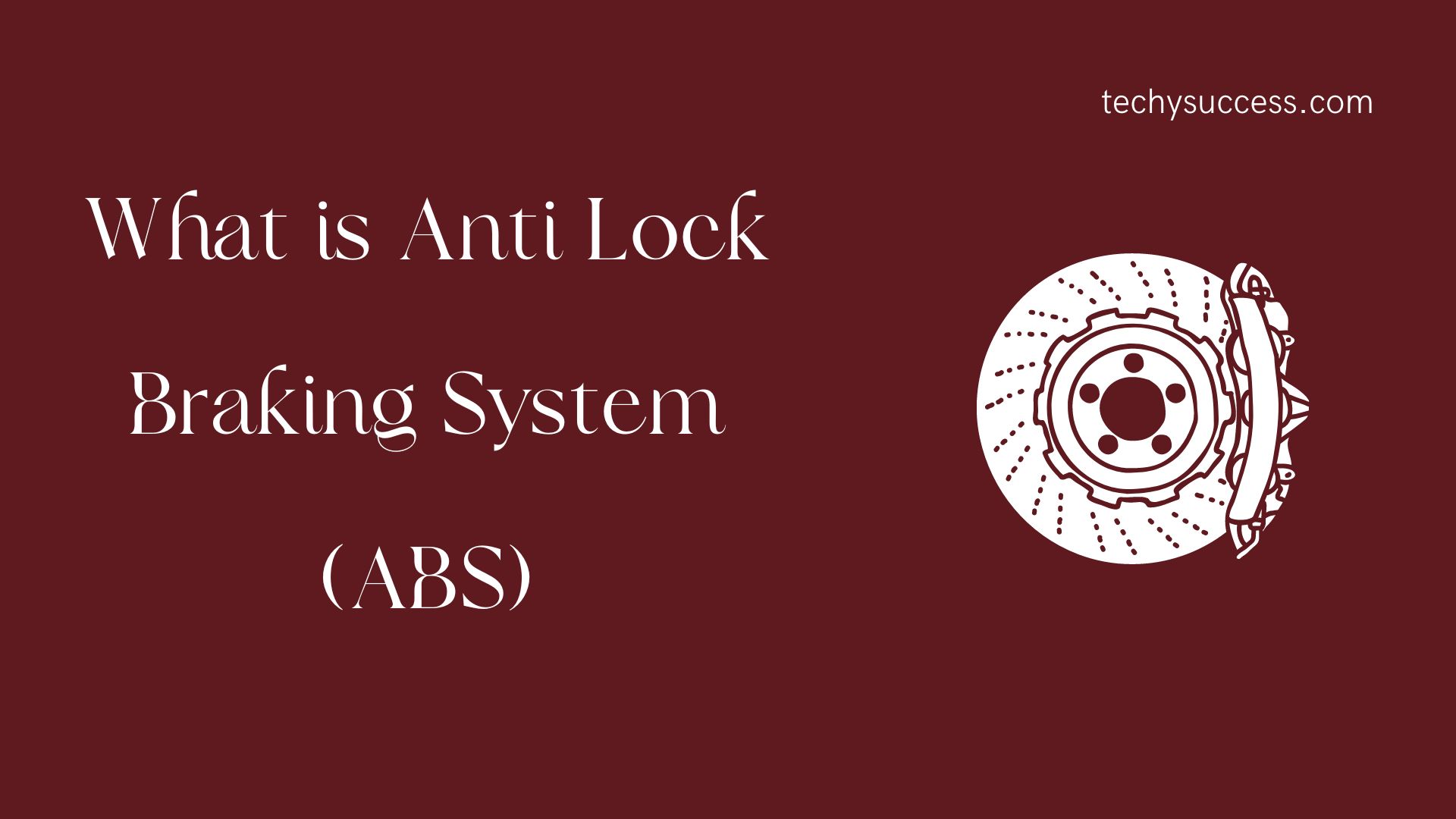 Anti lock braking system in Hindi (What is ABS)? Nowadays every village or city, every road is like a super highway. Whether it is a bike or a car, everyone likes to drive their car at full speed. Especially for the new generation boys of today.

Because they enjoy doing all this. If someone goes for a walk somewhere, then someone goes to Long Drive. In this fast-paced world, driving fast has become a mourning for everyone. Do not know how many people die everyday while doing all these exploits.

Some dies due to the slip of the car and some are due to deteriorating balance. Some people die suddenly due to something coming from the front. If you pay attention to all these accidents above, then you will get only one reason in all, "the control of the wheels deteriorates" and the hand behind this is not being able to control the break. If you can control the brakes during an accident, then you can prevent 99% of accidents.

So a question must have come in your mind, is there something like this or is there any technology which can stop the ACCIDENT? The answer is yes and the name of that technology is ABS. So today I will tell you what is ABS brake system, how ABS works.

If you have ABS in your vehicle, then understand that you are safe. When you press the brakes suddenly, sometimes your car comes to a halt with a jerk or it goes into a shambles. Sometimes your CAR overturns. What helps to stop all these is this technology – with the help of Anti Lock Braking System your wheels will lock at any time.

You are going in your car at 100 km/h and suddenly someone comes from the front, what will you do, you will hit it, not at all. You will do only one thing at that time, you will press the brake hard.
Doing this will lock the brakes of your vehicle. Your car may slip or the balance of your vehicle may also get disturbed in the process of saving it. Eventually an accident will happen and life can also be lost.

If you have ABS in your car, then you can also remove the vehicle from the side by making balance. Or you can stop your car at a short distance before the car collides.


There are some sensors in it which make your driving accident free. A car without ABS stops longer when the brakes are pressed, but a vehicle with ABS stops at a shorter distance.

The full form of ABS is "Anti Lock Braking System".

Anti lock braking system in hindi is with us for many years. You can't even imagine how long it is. This technology was used in aircraft in 1929. It was used in a car in 1966 and was brought to the public. This was experienced by the passengers for the first time in the Jensen Ferguson Formula.

Gradually this technique was developed and by 1980 it started coming in front of the people. But today every new car has this technology. Now it is also available in bikes for which more money has to be paid.

Now a question comes, how does Anti Lock Braking System work, so let's know this too.

How does ABS work?

ABS is not a component. It has many different components that work like a system. Before now it has a device called “Speed ​​Sensor” which continuously monitors the speed of the wheels. Now this sensor sends data to the controller device.

Now there will be another question in your mind that what kind of data is this that the sensor sends to the controller device. Some of the data in this are Speed, Velocity, Deceleration in Speed. Now from these data the controller gets to know whether there has been a sudden decrease in speed and this will happen only when you press brake in case of an accident.

When the brake is pressed suddenly, then this is the time when the ABS gets activated. To find out which wheel is trying to slow down fast. This process is called Deceleration. Now the valve comes in handy, which reduces the brake pressure of the wheel whose speed is declining.
Again there is an acceleration in the speed of that wheel and the speed of all the four wheels becomes same. Again the controller decelerates the wheel, now the speed decreases and again accelerates the speed. This acceleration and deceleration is repeated about 20 times in 1 sec.

You don't need to do anything ABS is doing its job better than you. With the help of this process, you can easily control the vehicle and stop it. This was about the way it works, but if I do not understand how this Anti Lock Braking System works, then I will explain to you with an example.

You have a car in which this technology is there. You have gone out for a walk on Sunday, the speed of your car is 100 km / h. At a turn, suddenly a car came from the front. Now you will immediately press the brake without thinking anything (your wheels will no longer be locked because your car has ABS).

Now the wheel will start slowing down very fast, as soon as the ABS gets this news, it will free the wheel from locking through the valve and then lock again at speed. This process happens very fast again and again. Your car will stop before hitting that car or you can remove the CAR from the side by maintaining balance.

When you ride a bike, if an animal comes from the front, don't you press both the brakes with full force, rather you press the brakes, then release the brakes, then press and in this way maintain the balance of the bike. The ABS also works in a similar way. Otherwise, if you keep pressing the brake, your bike will slip and you will fall directly on the ground.

What is ABS in a bike?

Along with cars and other four wheelers, ABS is also being used in bikes. This is because when the road gets wet during rains, the disc brakes commonly used in bikes do not work as your bike can slip in it.

By the year 2019, there are high chances of making Anti-lock Braking System features mandatory in almost all new vehicles of the country.

There are total four components in Anti Lock Braking System. Let us know about each component one by one.

When the ABS is activated, the valves have only one job to regulate the air pressure in the brakes. Each brake is attached to a valve and each valve is controlled by ABS.

In the first position, the brake valves remain open and the pressure passes through the master cylinder towards the brakes.

In the second case, the valve remains closed and the pressure from the master cylinder remains limited.

The ECU is the control unit of the ABS. Whose job is to receive, amplify and later filter the sensor signal, after analyzing all these data, the rotational speed and acceleration of the wheel is estimated.

The data of rotational speed and acceleration is needed to determine the pressure of the pressure.

The Hydraulic Control Unit controls the brake by increasing the hydraulic pressure or by using the pedal force, the braking power is also reduced.

Now let's know about the types of ABS.

That's why it is called three-channel, three-sensor ABS. The rear wheel sensor and valve are mounted in the axle. By the way, there is also two-channel and one-channel ABS. They are not that strong like that.

Advantages of ABS and whether to buy a car with ABS

In today's fast paced world, you will get to see and hear accidents everywhere every day. No matter how much SAFETY DRIVE you do, but you cannot tell whether the person in front is driving properly or not.

But do you know, according to a research, it has been found out, out of all the CAR ACCIDENT, the cars which have Anti Lock Braking System Technology, their accidents are less.

And there is a saying "If there is life then there is". Next we will talk about its benefits, you will automatically know that "whether to buy a car with ABS"
TechySuccess.com is Provide All Information About Blogging, Coding, Apps Review, Latest Technology and Much More.