What is Image Stabilization and how does it work? 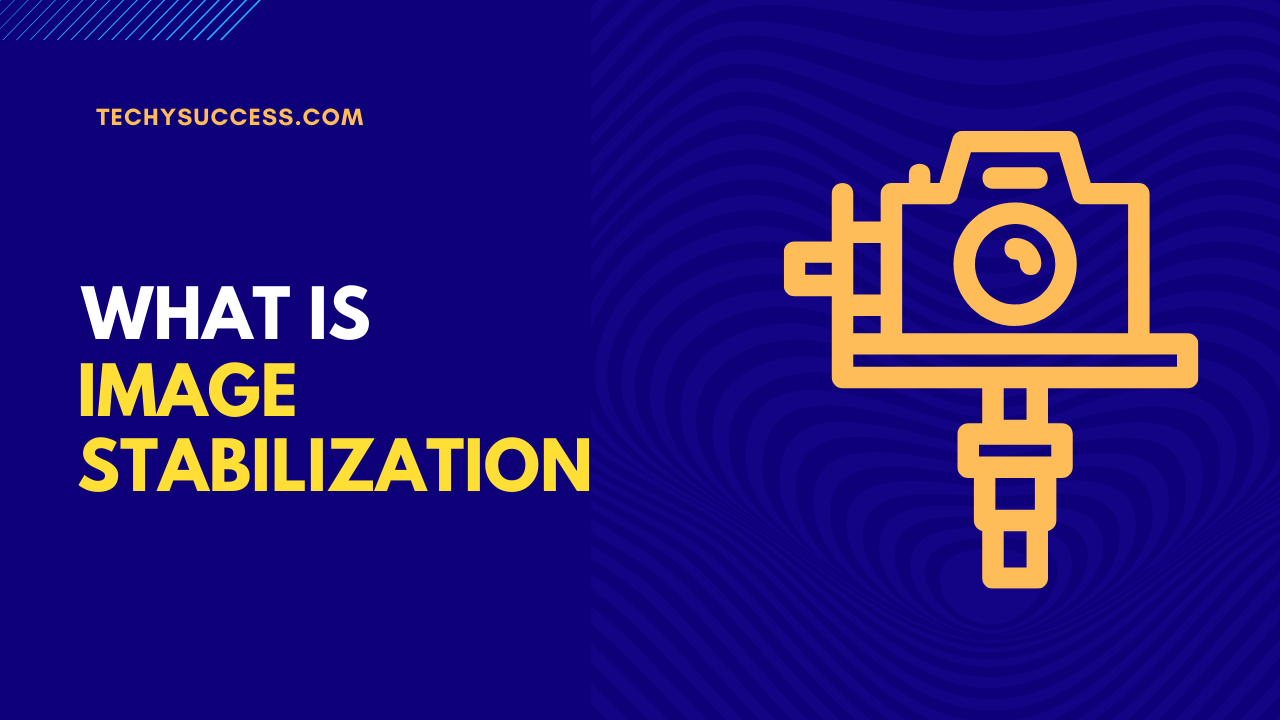 Do you know what is this Image Stabilization (what is image stabilization in camera) and how it works, if yes then it is a good thing and if not then this article is for you. As we know that sometimes when we are clicking a photo, sometimes that picture becomes a bit blurry or blurry, this is because our hand may have moved a little while taking the photo, due to which that picture is complete.
Clear is not drawn in that way. Due to this, our mind feels very sad. But what to do, we are human beings and humans always make mistakes. Have you ever thought that in spite of this happening in some mobile, the picture comes clear.
How does the technology behind this work? If you want to get complete information about all this, then this article must be read about what is Image Stabilization and how it works. Because today I am going to tell you guys about this topic. Then what's the delay, let's start.

What is Image Stabilization

Image Stabilization This is such a method with the help of which we can correct the habit of taking blurry pictures to a great extent. In this method, the camera lens automatically moves to adjust the camera movement so that we get a very clear picture.
There are many reasons for these camera movements to happen, such as if someone takes a photo with the camera in their hands or where the camera is fixed, it is a little moving thing like a vehicle or a helmet.

Nowadays, wherever you look, there is a lot of discussion about Optical Image Stabilization. This has become such a feature in the smartphone that everyone wants to get it in their phone. Its work is known from its name itself. Its connection is very similar to the feature of a camera.

What is Optical Image Stabilization

The work that this Optical Image Stabilization mainly does is to reduce the blurry images that are produced by the user's hand movement or the movement of that camera.

We will all agree with this that none of us like Blurry Images, because of this we have to work hard for the same work again so that a blur free image can come. Optical Image Stabilization (OIS) has a big hand in solving this problem.

It is a matter of fact that with the help of this technique, we can save our Camera Motion from moving to some extent, but yes if our Camera Violently shakes then it will not help us.

Because it can stabilize that vibration to some extent. And one thing must be remembered that this technique does not improve the blurriness of the image, but with the help of it, it can be stabilized to some extent while lifting the image.

This is a completely straightforward technique in which some new things are not used. There is no need for even image processing in this. It does not crop the frame.

OIS are dis-advantage Camera module is quite big.

This is very expensive.

The working method of this Electronic Image Stabilization is completely different, in this the problem is solved in the Programming Level itself, when the Optical Signal has been changed to Digital Signal. All Cameras have Charged Coupled Device (CCD) also called live CCD which is an array of many Light Sensors and which are arranged in a Grid.

In this technique, the processor divides the image into small pieces and then compares them with the previous frame. This shows whether the motion that took place was born from the moving object or some unwanted shake and it makes corrections accordingly.

Now when you shift an image, then to fill it up you need a bigger CCD or some area existing CCD will have to be given to us so that it can capture the image for Off Screen Purpose. There is also a possibility of spoiling the image due to this, but if your camera has more resolution then it will not make much difference.

Camera module is quite small.
It is not very expensive.

Frame Cropping is required in this.
Here the resolution drops a bit.

The working method of OIS is very easy, in which the optical path of the sensor has to be changed to stabilize the image. This is real time compensation which does not lead to alteration and also does not cause image degradation. In this, the lens assembly is moved parallelly to the image plane.

Here Shake Detecting Sensor (Gyro Sensors) is used, which sends the information to the Microcomputer so that they convert it into Drive Signal which finally move the Lens Assembly so that the image can be projected in the right place i.e. Sensor. Also before converting to digital format so that it can set off your motion. This is the basic principle of OIS.

If we talk about video recording, then both OIS and EIS have been designed to work according to the real time image stabilization mechanism.

But this video can be stabilized even more. To do this, we have to look at what happened both before and after the frame. EIS works by taking into account the motion of the current frame and the previous frame (Backwards in time).

But in some techniques, the video can be stabilized by looking at both the forward frame (next frame) and the backward frame (previous frame). To do this, they will have to analyze a lot of frames in both the directions.

As our main objective is how to stabilize the video by placing the camera in the virtual plane. Along with that, looking at second instead of 1/15 second of footage, it can make a big difference especially when the direction of motion changes between the same interval.

Can handle large image movements, as compared to OIS and EIS.

It needs a lot of computing capabilities for real-time video processing.

If we are talking about optical image stabilization (OIS), then let me tell you that there are sensors of camera or lens which sense the motion and move accordingly to the optical part of the camera in the opposite direction.

That sensor detects any movement such as breathing or heartbeat. Small motor-like devices provide motion in the opposite direction, with the help of which the camera optical path points to the same point of the physical scene.

But the thing in Digital Image Stabilization (DIS) is a bit different, in which the pixels of the sensor or the camera's focal plane are used to sense when things are moving and after that it adjusts the use of pixels from the angle of exposure.

Do the work of collecting light during the day. All these things are done by the computer chip which is inside the camera. For this reason, the camera should have more "extra" pixels on the sides of the focal plane so that it can accommodate the motion.

Why OIS is better than EIS

The main advantage that OIS has is that there is no Image Degradation here at all because whatever compensation has to be done here is done before the optical signal reaches the CCD.

But here a little more hardware is needed to do mechanical motion, which also puts pressure on the battery and along with it the weight of the device does not increase.

EIS is much cheaper and lighter weight than OIS, and here image degradation is reduced to a great extent due to better algorithms. But if used in a low light place, then OIS is much better than EIS because there is no Image Degradation here but it happens in EIS.
TechySuccess.com is Provide All Information About Blogging, Coding, Apps Review, Latest Technology and Much More.